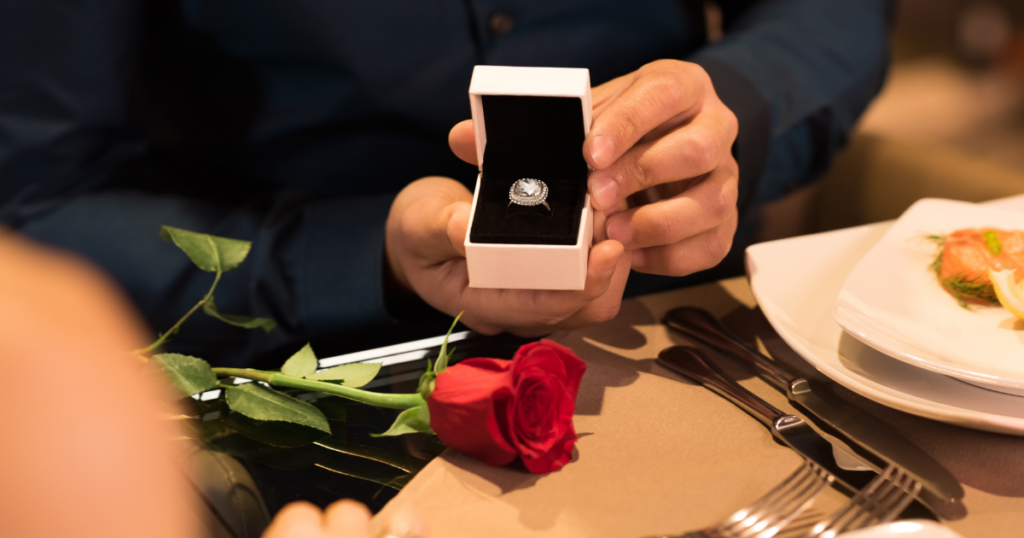 Though at one time regarded as a very taboo topic, the stigmatization surrounding prenups is slowly disappearing. With the number of couples requesting prenups increasing by 62 percent in recent years alone, it won’t be long before it becomes just another document to add to the pile. Before agreeing to one, however, it is important to know what a prenup truly entails and if it’s the right choice for you. If talk of a prenup has made its way into your wedding planning discussions, I encourage you to consider these 5 major benefits of entering into such an agreement.

Marriage is meant to be a time of love and adventure. The last thing a couple wants to do is arrive back from the honeymoon to find themselves arguing over financial issues, which are consistently identified as one of the top reasons couples both fight and file for divorce. A prenup (prenuptial agreement, sometimes also referred to as a “premarital agreement” ) can help to prevent future disagreements and set the tone for financial transparency from the beginning.

Disagreements involving money oftentimes boil down to lack of communication or inability to settle onto the same page. Prenups allow the financial conversation to happen well in advance by laying everything out clearly early on.

In addition to finances, the prenups’ unique ability to be specialized by each couple allows its contents to cover and encompass a vast amount of topics. Common points outlined in prenups include, but are not limited to: real estate, separation of business interests, retirement accounts, alimony, assets earmarked for children, bank accounts and credit cards, personal property, and pets. You have the ability to tailor your prenup to fit your wants and needs as a couple so that, hopefully, the only thing you’ll be arguing over is who loves the other more!

In the event of a divorce, if a couple does not have a prenup in place, the state will then handle the proceedings in court. This leaves the momentous task of protecting your future in the hands of the state. Seeing as New Jersey is what’s known as an “equitable distribution” state, the court would divide your assets in what they deem an “equitable” manner. This division is intended to be fair, but not necessarily equal.

A statistic I find extremely telling is the fact that 15 percent of divorcees admit to wishing they had elected for a prenup before getting married. With a prenup in place, you and your partner hold your financial futures in your own hands and can avoid falling into that regretful 15 percent.

If you were to list off things you’d like to share with your partner, your list may include things such as a home, pets, children, and of course, love. Debt is likely not an item that appears on that list, however, without a prenup, one might be expected to help shoulder the debt load of their partner. With about 37 percent of U.S. households having credit card debt and student loan debt, this is undoubtedly a prevalent concern you are going to want to address with your partner.

A prenup is a smart and efficient way for couples to avoid obtaining each other’s debt. Due to a couple’s ability to specialize their prenup, the two can navigate the debt that lies between them in whatever way they see fit.

When considering a prenup, many may feel it’s justified to hold off because there is always the option of creating what is known as a postnup (post-nuptial agreement.) However, many couples fail to identify the significant differences that exist between these two options.

Since prenups are signed before a couple gets married, they are considered more enforceable than postups. This is due to the fact that prenups are created before a marriage when the partners are independent and assets are not legally merged.

Prenups are also more reliable than postnups when being enforced in courts. Courts sometimes see postnups as an agreement to relieve pressure on a relationship but not as an actual solution for long-term plans.

In the end, prenups are simply more dependable than postnups because a different fiduciary duty and responsibility exists between a married couple than a couple prior to marriage.

Prenups are most commonly known for their impact and involvement in divorces. What many people don’t know, however, is that prenups can outline other assets and procedures that fall outside the topic of divorce.

Partners can outline the provisions of their prenups to have an impact on inheritance in the event of a spouse’s death. In addition, they can also outline how parents’ assets will be split at death.

Prenups can also dictate who pays which expenses for children from a previous marriage along with which kids from which marriage get varying assets from parents.

If you have plans of walking down the aisle anytime soon, wedding bells shouldn’t be the only thing ringing. Give me a call today at 848-220-9373 or fill out my online contact form to connect with me on creating a premarital agreement that protects the best interests of you and your partner alike.

We would love to hear from you

“I love interacting with people and helping them get through serious issues in their lives. Family law matters are not only legally complex, but very emotional for all parties involved. I feel it is my duty to take the legal burden off of my clients so that they can better focus their attention on themselves and their children.”

Send Us a Message

Any information provided on this site is not, nor is it intended to be, legal advice. This website is designed for general information purposes only. Anyone seeking legal guidance is advised to consult an attorney for advice regarding their specific situation. We invite visitors to contact us in regards to their family law situation and, in doing so, welcome calls, letters and emails. Contacting us does not create an attorney-client relationship. Please refrain from sending any confidential information to us before an attorney-client relationship has been established. No aspect of this advertisement has been approved by the Supreme Court of New Jersey.